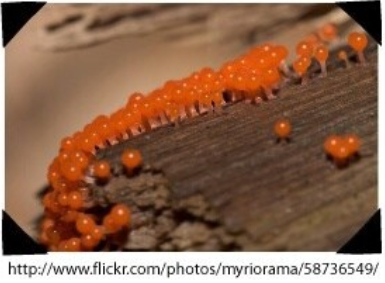 For an organism or ecosystem to thrive, strength and power are not enough. Adaptation and evolution seem to be far more important processes that confer huge advantages on systems, whether living or not.

Adaptation and evolution in the face of unpredictable change, uncertainty, and other sorts of shocks to the system are so important that mankind and its societies ought to be studying how to implement them. However, too often we view evolvability and adaptability of systems as processes to be analyzed, rather than properties to be synthesized and maximized.

What makes a system like the Internet so adaptable and evolvable?  That it has adapted and evolved is unquestionable – today's Internet looks entirely different than the Internet we conceived and designed, starting with Taylor and Licklider's paper “The Computer as a Communications Device” in the mid-1960's; yet in a very real sense it is the same system, much evolved.

A primary reason is that at every point in its evolution, power was pushed to the edges. Rather than a centralized control hierarchy, the Internet is a voluntary assembly of parts.  Some of the parts evolve using markets to allocate resources, other parts adapt using culture and social connections to direct attention to changed conditions and coordinating ad hoc or persistent responses. It has evolved sophisticated signaling and sensing mechanisms that are dispersed among its parts.

Mammals thrive as individuals because of their immune system. The power in the immune system is inherently decentralized. As we continue to study the immune response at all scales, we see evolution and adaptation processes at all scales, but what is constant is that the power to respond is organized at the edges, with little or no center, and certainly no central control mechanism gives them their resilience.

Similarly, we wonder at the adaptability of a rather simple organism - the slime mold Dictyostelium discoideum – that thrives, depending on its environment, as a collection of single amoeba-like cells, a multi-celled mobile slug, and a plant-like stalk that disperses spores on the wind.  Our bias towards seeing power as a centralized phenomenon led scientists to believe that certain mold cells must be the “leaders” coordinating these actions, until Evelyn Fox Keller demonstrated that any cells can begin the processes that lead to transformation of shape and function, depending on conditions.

Again we see that “power at the edges” promotes surprising adaptability and evolvability, conferring a resilience upon the system.

What's wrong with centralized power, though? It's certainly easier to comprehend the workings of a society or a system by studying a central controller, ignoring the vast web of parts that it controls. But we make a mistake by confusing comprehension with effectiveness. The problem with centralized power is that it weakens the system, as a bottleneck and an easy target.

Thrivability requires understanding how to decentralize power in systems, a process that need not diminish power – when coordination and power move to the edge, they are amplified.