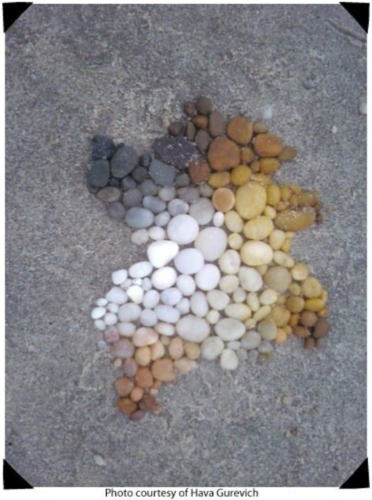 The sages of Kashmir describe the universe as a divine pulsation, Lord Shiva’s dance, a blissful play of consciousness through which the one becomes the many only to become the one again.  God loves to recognize herself.

Last night I was chanting at the meditation center I go to and I had this deep awareness of my inner stillness, and it was exactly then that the little voice inside my head decided to go off.  I started to really wonder how to stay in touch with that silence even as I go about my day.  I then I started to worry, I started to wonder if I could be both still and active, I wondered if I could possibly produce anything without being a complete subject to the ongoing chatter in my mind.  Wouldn’t silence just make me be still?  Too still?

This would probably be the best form of integration, more evolutionary than revolutionary.  It would bring these poles together; it would be a simultaneous grounding in that total stillness that always is while also thriving in the forward flow of my evolutionary impulse.

The sages of Kashmir talk about this too.  They speak of Lord Shiva as the primordial stillness, the emptiness that is, before the beginning and after the end, eternal silence, always still.  And they also speak of Shakti, who is his consort, his beloved and the one who gives rise to all that is – manifestation – she herself is manifestation.  And the whole of this universe is their divine dance. It’s not like there is an empty place and a full place and they are separate from each other but there is total integration of the two, it’s happening all at once – we are their thrivable act of love.