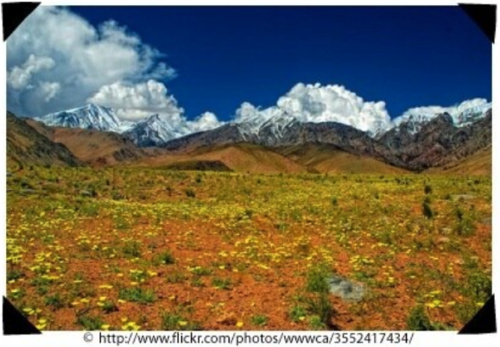 Progress comes from the Latin progressus ‘an advance,’ from the verb progredi, from pro- ‘forward’ + gradi ‘to walk.’

In our modern western culture, this “walk forward” may be described as moving from a disparate or unrefined state to one of greater order. Here the cultural memory develops and is conserved; values and morals are established; institutions are forged; infrastructures are built; fortunes are made; and an inertia of history "progresses” into the future.

Progress, we can see, is not the one-way flight of time's arrow but the non-linear dance of an adaptive cycle of growth, conservation, release, and reorganization. This nuanced model has great implications for the idea of progress and the role of destruction in the process of creation.

For example: In “unmanaged” ecosystems, fire is an integral aspect of the ecosystem. On regular occasion, a fire will burn through a landscape, disrupting niches and upsetting the established order. Some plants require fire to reproduce.  When this relationship is intact, the greater system is typically preserved, while providing an opportunity for the niches within it to reestablish, either by the same species or a new entrant exploiting the disruptive opportunity. In this way, the Earth has evolved to dance with Kali—the goddess of creation and destruction.

On the other hand, in the modern human construct, there seems to be a mortal fear of destruction, or a desire to overcome it, or both.  We avoid Kali.  Because of this bias, we struggle to avoid the inevitable, to suppress the fire in both our inhabited landscapes and our social institutions. Ecosystems become crowded and in danger of a catastrophic generational fire rather than the “cool” seasonal fire of rebirth. Likewise, corporations become “too big to fail” for fear of the consequences of what their absence may do to the larger business ecosystem.

But “business as usual” is itself a cultural construct: the idea that you can predict the curves and trends ahead by driving, through the view of the rearview mirror.  This destructive force is not necessarily something to be wished for. However, once it arrives -- in either the societal or the personal realm (such as a lost job or ended relationship) -- embracing its inevitability and role in future advancement may be a more fruitful path than denying its potential or resenting its appearance.  We can embrace the creativity inherent in destruction and continue developing a more thrivable relationship with each other and with the Earth we call home.