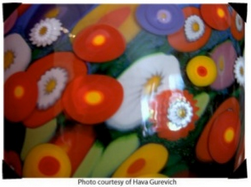 What if I told you that I held the secret to innovation and a thrivable future for the world?

Then what if I told you that it wasn’t a secret at all, that it’s been staring us in the face since eighth grade biology class?

Diversity often conjures up the ghosts of the 1990s politically correct era, but if we dig deeper, underneath the sound-bites and preconceived notions we might bring to the table, it creates a platform by which we can solve innumerable problems.  Come back to biology class with me: Creating a just and thrivable society is sort of like the evolution of a species.  If you have a bunch of the same DNA mixing together, the species mutates poorly and eventually dies off.  But bring in variety — new strains of DNA — and you create a stronger species.  It’s no different in idea generation.  You get a bunch of the same people talking to each other and making the rules for a few millennia, and eventually you’re going to end up with a lack of meaningful advancement.

More than ever — through social technologies and a deeper sense of the world around us — we have the ability create new mixes in our idea incubators.  Moving our culture away from paradigms where the most “popular”— not necessarily the brightest or most talented— are repeatedly tapped for spokemanship and participation is critical.  To do so, we all have a responsibility to ensure diversity in the conversations — and something we have about problem solving — and to acknowledge the bias we bring to the table.

To be clear, we won’t ever eliminate our biases.  But we can begin to be explicit about what we learn about ourselves and our social spheres when bias rears its ugly head.  Opening ourselves up to that process and beginning to break out of the way we’ve been thinking about how we assume the world operates (simply because it’s operated like that for a long time) is crucial.  We need to listen as selflessly as possible to what others are sharing and make sure that we’re not perpetuating the restrictive social structures that constitute the same idea-DNA mixing around.

Engaging with, listening to, and hearing people who have different backgrounds from yours starts a fundamental process creating paths to thrivability.  The challenge is in your hands: Will you help create a world where people, ideas and change all find each other without barriers and borders?